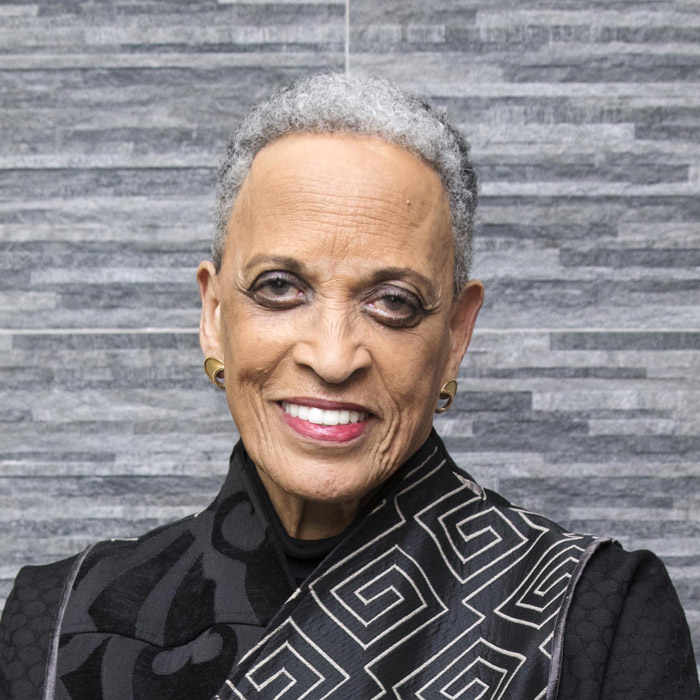 Dr. Johnnetta Betsch Cole is an icon of academic excellence and a renowned thought-leader on issues of multicultural diversity. She is an accomplished anthropologist and global leader on diversity and inclusion. Her professional history includes serving as college educator, museum director, and college president—the first female African American President of Spelman College, a leading HBCU institution, considered one of America’s foremost universities for African American women. She also served as President of Bennett College as well as Director of the Smithsonian Institution's National Museum of African Art.

Born in Jacksonville, Florida, Dr. Cole is the great-granddaughter of Abraham Lincoln Lewis, Florida's first black millionaire, entrepreneur, and co-founder of the Afro-American Industrial and Benefit Association. A. L. Lewis was a business colleague of Alonzo Herndon, founder of Atlanta life Insurance. Dr. Cole enrolled in Fisk University at the early age of 15. She later transferred to Oberlin College in Ohio where she completed her bachelor’s degree in Sociology. She attended graduate school at Northwestern University, earning her Master of Arts and Doctor of Philosophy degrees in anthropology in 1967.

Dr. Cole is currently President & Chair of the National Council of Negro Women one of the nation’s most revered African American organizations, founded by Mary McLeod Bethune in 1935. She formerly served as Senior Consulting Fellow at Andrew Mellon Foundation and was Professor at Washington State University where she co-founded one of the country’s first black studies programs. She also taught at the University of Massachusetts where she played a pivotal role in the development of the University's W.E.B. Du Bois Department of African American Studies. She later moved to Hunter College and became Director of the Latin American and Caribbean Studies. Later, Dr. Cole was appointed Professor of Anthropology, Women's Studies, and African American Studies at Emory University in Atlanta.

Dr. Johnnetta Cole was the first black female President of Spelman College, a nationally prestigious historic black college for women. She built up the institution’s endowment through a multi-million-dollar capital campaign and boosted the school’s academic performance overall to be ranked among the top 5 liberal arts institutions for Women in the United States.

Dr. Cole has served on a number of major corporations and foundations, including Home Depot, the Rockefeller Foundation, United Way of America, National Center for Science Education, Merck & Company and Coca-Cola Enterprises where she was the first Woman to serve on the Board of Directors.

Dr. Cole has received numerous awards and commendations in both the commercial and non-profit sectors spanning five decades of service. These include: