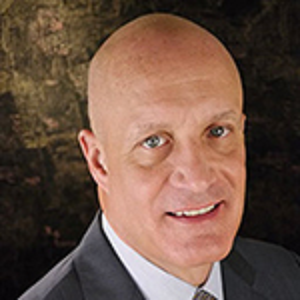 Wally is a finance professional with over 30 years of leveraged finance, private equity, restructuring and operations experience. Mr. McLallen has been the Managing Member of Meritage Capital Advisors, an advisory boutique firm focused on debt and private equity transaction origination, structuring and consulting since 2004. He has extensive board and organizational experience and has served as a director, Chairman or Vice Chairman on numerous corporate and non-profit boards and committees, with a significant historical focus on consumer products related companies. Mr. McLallen has served as a director and chair of the Audit Committee of publicly traded OneSpaWorld Holdings since October 2017; and The LoveSac Company (LOVE:NASDAQ) since June 2019; as well as of private companies, including Timeless Wine Company, the producer of consumer luxury wine brands Silver Oak, Twomey and OVID, since August 2016; Worldwise, a consumer branded pet products company, since April 2016; adMarketplace, a search engine advertiser, since 2012; Classic Brands, an e-commerce marketer of mattresses and related products, since August 2018; Dutchland Plastics, a roto-molding plastics manufacturer, since January 2017; Frontier Dermatology, a physician practice platform since January 2019; and Genus Oncology, an early-stage biotechnology company, since 2015.

Mr. McLallen is also a founder and Co-Chairman of Tomahawk Strategic Solutions, a law enforcement and corporate training and risk management company, since 2014. From 2006 to 2015, Mr. McLallen was the Vice Chairman of Remington Outdoor Company, an outdoor consumer platform he co-founded with a major investment firm. Mr. McLallen was formerly with CIBC World Markets from 1995 to 2004, during which time he was a Managing Director, head of Debt Capital Markets and head of High Yield Distribution. Mr. McLallen started his career in the Mergers & Acquisitions Department of Drexel Burnham Lambert and was a founding member of The Argosy Group L.P. in 1990. Mr. McLallen received a B.A. with a double major in Economics and Finance from the University of Illinois at Urbana-Champaign.