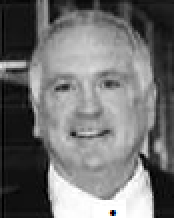 Previously, Rich was a Senior Managing Director at Bear Stearns where he was Head of Mergers & Acquisitions and Head of Media & Entertainment Investment Banking. Prior to beginning his investment banking career in the Mergers & Acquisitions Group at CS First Boston, Rich was a Partner at Kirkland & Ellis. Rich received a JD from the University of Louisville and a BA in Economics, Political Science and Urban Studies from Denison University.