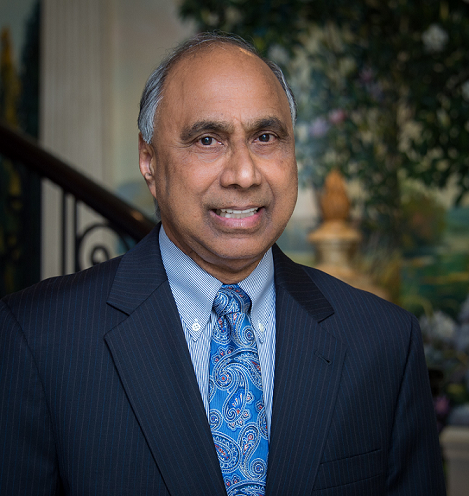 Frank F. Islam is an entrepreneur, philanthropist, civic leader and thought leader. Frank has a special commitment to civic, educational and artistic causes.  In all of his endeavors, he strives to create opportunities that are sustainable and uplifting for humanity — guided by the virtues of hard work, focus, quality, innovation and kindness.

Frank currently heads the FI Investment Group, a private investment holding company that he established in 2007 after he sold his information technology firm, the QSS Group. Frank founded the QSS Group in 1994 and built it from 1 employee to more than 3,000 employees and revenues of approximately $300M before its sale.

Frank devotes the majority of time currently to a wide variety of civic and philanthropic activities. He serves and has served on numerous boards and advisory councils including the following:

Over the past several years, Frank has established a reputation as a writer and thought leader. He has authored two books: Working the Pivot Points: To Make America Work Again (2013); and Renewing the American Dream: A Citizen’s Guide for Restoring Our Competitive Advantage (2010).

Frank blogs regularly for Medium and was a contributor to the Huffington Post for nearly a decade.  He has had articles published in Foreign Policy, Washington Monthly and The Hill.

He hosts his own TV show “Washington Current Review” on FOX 5 News and Washington Calling on South Asia Monitor (SAM) and is called upon to speak frequently in a variety of business, education and non-profit venues.

In 2018, Frank established the Frank Islam Institute for 21st Century Citizenship which maintains a website (21stcitizen.net) containing his writings and other material directed at addressing the civic engagement deficit in the United States and internationally.

Frank has received numerous awards including the following:

Frank was an active participant in the information technology, aerospace engineering services, and systems integration business for more than twenty-five years. During his professional career, he garnered multiple industry awards for leadership, entrepreneurship and excellence.

Frank received his Bachelor’s and Master’s Degrees in Computer Science from the University of Colorado.