Former Board Chairman, Bank of America 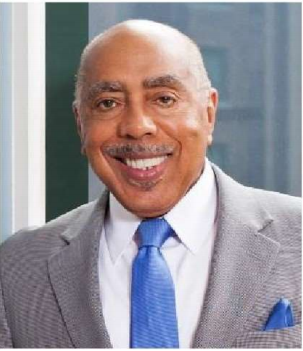 Dr. Walter E. Massey’s career has bridged the two cultures of the sciences and the arts, the private
and public sectors, and academia and industry. He is currently chair of the Giant Magellan Telescope
Organization, chair of the City Colleges of Chicago Trustees, president emeritus of Morehouse
College and the School of the Art Institute of Chicago, and senior advisor to the president and
emeritus trustee of the University of Chicago. Recent awards and honors include the Sigma Xi 2020
Gold Key Award and the National Science Foundation’s 2019 Vannevar Bush Award. His memoir In the
Eye of the Storm: My Time as Chairman of Bank of America, During the Country’s Worst Financial Crisis
was published in 2020 by Beckham Publications.

Throughout his career, Dr. Massey has been dedicated to science and technology as necessary to
sustain and improve quality of life, public understanding of science and technology as essential to
democracy, the arts as vital to fostering creativity, and the intersections of science, technology and
the arts as critical for innovation. From the beginning, he has been committed to strengthening the
field and the country through racial and social equality by ensuring active inclusion, access to quality
education, and mentorship for women and underrepresented minorities particularly in STEM fields.

While director of the National Science Foundation in 1992, he helped convince Congress to invest in
the largest and most ambitious project ever funded by the NSF, the Laser Interferometer
Gravitational-Wave Observatory (LIGO). Designed and built to detect cosmic gravitational waves
predicted by Einstein as part of his general theory of relativity, the first waves detected were
reported in 2016. The Nobel Prize in Physics was awarded to Rainer Weiss, Kip Thorne and Barry C.
Barish in 2017 for decisive contributions to the LIGO detector and the observation of gravitational
waves.

In his roles as director and a member of the board of governors for Argonne National Laboratory,
vice president of research at UChicago, and provost and vice president of academic affairs at the
University of California, he fostered cooperation and collaboration between academia, government
and industry and helped restore funding and recognition of national labs as visionary, scientific
research institutions.

Dr. Massey is the former vice president of the American Physical Society, chair of the Secretary of
Energy Advisory Board, chairman of Bank of America, member of the National Commission on
Mathematics and Science Teaching for the 21st Century, President’s Council of Advisors of Science
and Technology and the National Science Board, board chair for the Salzburg Global Seminar, trustee
of the Woods Hole Oceanographic Institute and the Marine Biological Laboratory, co-founder of the
National Society of Black Physicists, and founding trustee of the Illinois Mathematics and Science
Academy, among others. He is the only person to have served as president and chairman of the
American Association for the Advancement of Science and chair of the Association of Independent
Colleges of Art and Design.

He has served on the boards of BP, McDonald’s, Tribune Company, Motorola, First National Bank of
Chicago, Continental Materials, Amoco, Research-Cottrell, Analytic Services, the Mellon Foundation,
the Commonwealth Fund, the MacArthur Foundation, the Rand Corporation, the National Center for
Civil and Human Rights, the Smithsonian Institution, the Museum of Science and Industry in Chicago,
the Chicago Symphony Orchestra, among others.

He has uniquely received both the Chicago Historical Society’s Enrico Fermi Award for Science and
Technology and the Illinois Humanities’ Public Humanities Award, in addition to the Order of Lincoln,
the State of Illinois’ highest honor. The Georgia State Senate passed resolution SR 113 to recognize
and commend him as president of Morehouse College, the American Association of Physics Teachers
awarded him their Distinguished Service Citation and he has received 41 honorary degrees.

Born in Hattiesburg, Mississippi, he received a Ford Foundation fellowship at age 16 to attend
Morehouse College where he received his BS in physics and mathematics. He holds both his MA and
PhD in Physics from Washington University in St. Louis where his thesis focused on “Ground State of
Liquid Helium-Boson Solutions for Mass 3 and 4.” He was a postdoctoral fellow at Argonne, assistant
professor at the University of Illinois at Urbana-Champaign, and held professorships in physics at
Brown University and the University of Chicago.

His dedication to mentoring students is a reflection of the inspiration and “extraordinary care” he
received from his own mentors Sabinus H. Christensen at Morehouse and Eugene Feenberg at
WashU. He is married to Shirley Anne Massey, a civic leader, who grew up in Woodlawn and Hyde
Park. They have two sons and three grandchildren.