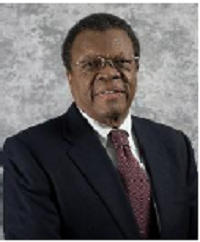 Dr. Crawford is Founder, President and Chief Executive Officer of XCEO, Inc., a consulting firm specializing in personal leadership development and Corporate Governance products, services, and support. Prior to founding XCEO, he was President and Chief Executive Officer of Onix Microsystems; a private photonics technology company that designed, manufactured, and sold MEMS based optical switching engines.

He previously served as Chairman of the Board of Directors of ON Semiconductor Corporation (ON, NASDAQ). Dr. Crawford played a key role in leading ON to a successful initial public offering (IPO) after separating this $2 billion division from Motorola Corporation in 1999. He also served as Chairman, President and Chief Executive Officer of Zilog Incorporated (ZLOG, NASDAQ) and Chairman of the Board of ISTAT Corporation (STAT, NASDAQ).

Fifteen years at International Business Machines (IBM) preceded Dr. Crawford’s tenure with AT&T. He began his career at IBM as a systems engineer and through the years held a variety of sales, marketing, and executive management positions at various divisions of IBM. In his last IBM position, Vice President of Marketing, the National Distribution Division generated revenues in excess of $4.5 billion.

A graduate of Governors State University in University Park, Illinois, Dr. Crawford received a Bachelor of Arts degree in Business Administration and Computer Sciences and a Master of Arts degree. He received a Master of Business Administration degree from the Charles H. Kellstadt Graduate School of Business at DePaul University. Dr. Crawford earned his Doctor of Philosophy Degree in Organization and Management from Capella University. In addition, Dr. Crawford has been awarded two Honorary Doctorate degrees. One was received from Governors State University in June of 1996 and one was received from the School of Computer Science, Telecommunications, and Information Services (CTI) at DePaul University in June of 1999.

Dr. Crawford currently serves on the Board of Directors of The Chemours Company (CC, NYSE). In 2020, He retired from the Xylem Inc. (XYL, NYSE) and ON Semiconductor (ON, NASDAQ) Boards. Previously, he served on the Board of Directors of E.I. DuPont de Nemours and Company (DD, NYSE), ITT Corporation (ITT, NYSE), Agilysys Inc. (AGYS, NASDAQ), Lyondell Petrochemical Company (LYB, NYSE) and The Sisters of Mercy Health Corporation. He also served as a trustee of DePaul University.

In 2019, Dr. Crawford was recognized as a recipient of the 2019 Outstanding Directors award, presented by the Financial Times-Outstanding Directors Exchange, for the valuable institutional memory and strategic fortitude he has provided to ITT spin-out Xylem and Dupont spin-out Chemours, as well as his long-term leadership at ON Semiconductor. Nominated by his peers, Dr. Crawford has gone above and beyond the call of duty and has demonstrated judgment and integrity while acting in the interests of shareholders.

In November 2016, Dr. Crawford was inducted into the Consumer Technology Association Hall of Fame for his leadership role in establishing the Distinguished Digital High Definition Television (HDTV) Grand Alliance. The CT Hall of Fame honors visionaries who have paved the way for the products and services that are changing the way we live. Individually, and in some cases together, these leaders have made significant contributions to the industry. Without them, the world would be a very different place

Dr. Crawford is a NACD Fellow, and in 2011, he was awarded their highest honor, the Kenneth B. West Lifetime Achievement Award from the National Association of Corporate Directors (NACD) for his contribution to corporate governance and for having made a meaningful impact in the boardroom.

In 2000, while serving as Chairman, President and CEO of Zilog, Inc., Dr. Crawford was awarded the Semico Bellwether Award, an honor bestowed on a selected company head, for notable contributions and achievements in the semiconductor industry, under the umbrella of grace and style.

Dr. Crawford is the author of three books; Corporate Rise: The X Principles of Extreme Personal Leadership, Compliance & Conviction: The Evolution of Enlightened Corporate Governance and his latest title, Manager’s Guide to Mentoring.