Chair of the Department of Anthropology, Princeton 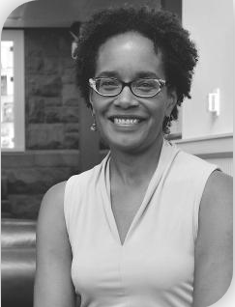 Carolyn Rouse, chair of the Department of Anthropology, joined Princeton’s faculty in 2000. Her work explores the use of evidence to make particular claims about race and social inequality. She is the author of Engaged Surrender: African American Women and Islam and Televised Redemption: Black Religious Media and Racial Empowerment, which include an examination of how authority in Islam is used to validate notions of racial equality and social justice. In Uncertain Suffering: Racial Healthcare Disparities and Sickle Cell Disease, she focuses on uncertainties around what constitutes a racial health disparity, and the evidence-based research used to assert particular narratives of injustice and calls for reparations.

Her work in medicine explores how statistical evidence is used to make claims about health care and social justice. She focuses on uncertainties around what constitutes a racial health disparity, and the evidence-based research used to assert particular narratives of injustice and calls for reparations. In 2008, Carolyn Rouse began building a high school in a fishing village at the western edge of Accra, Ghana. Her research focuses on the relationship between international development and social change in urban sub-Saharan Africa. Her manuscript Development Hubris: Adventures Trying to Save the World examines discourses of charity and development and is tied to her own project building a high school in a fishing village in Ghana.

Carolyn Rouse began her graduate career as a visual anthropologist and is also a filmmaker. She has produced, directed, and/or edited several documentaries including Chicks in White Satin (1994), Purification to Prozac: Treating Mental Illness in Bali (1998), and Listening as a Radical Act: World Anthropologies and the Decentering of Western Thought (2015). After taking a hiatus from filmmaking, she is now editing a non-MOOC/MOOC on World Anthropologies, shot in Cape Town South Africa in 2013.

As an extension of her commitment and training in visual anthropology, in the summer of 2016, she also created the Ethnographic Data Visualization Lab (VizE Lab) to work with students and colleagues on ways to visualize complex ethnographic data. In 2022, she began working on a team-based project with anthropologists from around the world entitled “Dynamic Assemblages: Cultural Evolution and the Human Way of Being.” The project, led by her colleague Prof. Agustin Fuentes, explores the impact of cultural concepts on human evolution. Her research focuses on American concepts of “freedom” and how they contribute to poorer health and early death. For this she will return to the field where she has been studying declining white life expectancies in rural California since 2016. She is also leading a team-based stormwater mitigation project entitled “High-Water Mark.” Given how devastating the floods in New Jersey have become due to climate change and poor land management, she is focused on the cultural and material roadblocks to action. “High-Water Mark” is one of the first Keller Center Design Hub projects.