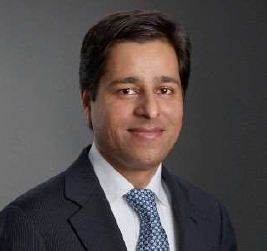 Burhan Jaffer is currently Co-Sponsor and Chief Financial Officer of a Special Purpose Acquisition Company called Compass Digital Acquisition Corp (CDAQ) that is focused on software and services companies in the $1 trillion dollar digital transformation segment of technology companies. In this endeavor, Burhan is joining Vikram Pandit (former CEO of Citigroup), AbidAli (former CEO of Wipro Technologies), Steven Frieberg (Vice Chairman at SoFi, former CEO of E-trade) to launch this SPAC. Mr. Jaffer is also an advisor to leading private equity groups that are focused on the technology segment.

Between 2016-2021, Burhan Jaffer was the Global Head of Strategy & Corporate Development and part of the Exec Team reporting to the CEO at Conduent Inc, one of the world’s largest diversified technology services company with annual revenues in excess of $4Bn. Burhan joined Xerox in 2016 to help lead a successful spin off of the software and services business from Xerox following shareholder activism to split Xerox Corporation. He led the spin and post spin activities of setting up Conduent as a public company listed on the NYSE. In his role, Burhan has responsibility and oversight for all aspects of corporate strategy, mergers, acquisitions, capital allocation, investments, and inorganic growth. He led a comprehensive corporate turnaround and transformation program at Conduent and acted as a trusted advisor to its Leadership team and the Board amidst an activist shareholder situation.

Burhan is an active social impact investor and part of the MIT-Solve community as a mentor, coach, angel investor and Solver. He is also a venture partner with a NYC based boutique VC, a Board Member for Mission Society and on the Regional Advisory Council for Bottom Line.

Before joining Conduent, Burhan spent 12 years with Infosys, a global leader in technology services and consulting across several leadership roles. In his last leadership role at Infosys, he led the Corporate Finance, Mergers, Acquisitions, and Investments team. Under his stewardship, Infosys developed and launched a $500M venture fund for investing in early-stage startups engaged in disruptive technology. Burhan advised the Infosys Board and Leadership on a variety of strategic investment decisions, special projects and was the architect of its investment philosophy and business model innovation thesis for the strategic reboot of Infosys. Prior to that, Burhan served as a Portfolio CFO of multiple business lines aggregating to approximately $4Bn in terms of revenue.

Prior to Infosys, Burhan spent 4 years at ConAgra as part of their expansion into South Asia, in a variety of trading, operational and financial roles. He also led several key technology initiatives to implement supply chain, material, inventory planning and manufacturing ERP for ConAgra for which he was recognized both at the regional and global level by ConAgra.

Burhan is currently attending the AMP program at Harvard (2022). He attended Stanford University where he completed an executive program specializing in Mergers & Acquisitions as well as the Executive Leadership Development program. He earned his Certified Public Accounting degree from both the American Institute of Certified Public Accountants as well as The Institute of Chartered Accountants of India. He holds a bachelor’s degree in Economics from Osmania University in India. Burhan is a Fellow of the Herndon Directors Institute
(Class 1).